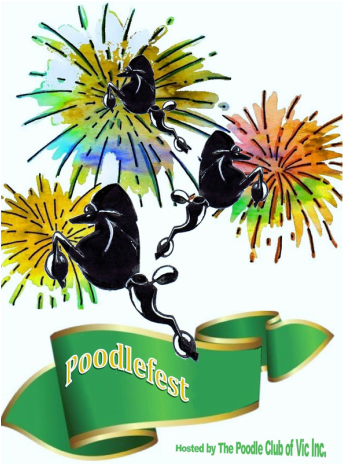 ​​55TH CHAMPIONSHIP SHOW
To be held under the Rules and Regulations of the Victorian Canine Association Inc.  A copy of the Rules may be inspected at the office of the Secretary.

Entries together with cheque and Stamped Self Addressed envelope to be sent to the
Show Secretary: Ms Sandra Doreian, 12 The Boulevard.  Patterson Lakes, VIC 3197
After hours Tel: 03 9773 8393 (No calls after 9pm please)
​Email:sandradoreian4@bigpond.com ​

PLEASE NOTE:   Baby Puppy entry fee - except if only entry, then 1st Entry applies for both members and non-members

VETERANS’ PARADE:  NO JUDGING.
Please send an entry form with details along with a resume of your dog, approx. 50 words.

PLEASE NOTE: Rule 3.5.13.3. Every person who enters a dog in any fixture conducted under these Regulations shall be responsible for the correctness of details on the entry form.  An Affiliate shall not accept an entry that does not include all the details required by the entry form 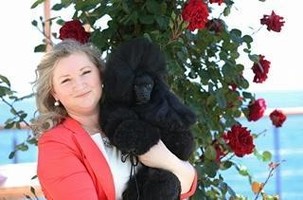 I got my first dog, a miniature Poodle, in 1986, which was also my first show dog, purely by accident.   When we got him, I knew nothing about dogs or shows, so I went to a library to read more about dogs and found in books, the many interesting things you can do with your dog.  So I decided to try.  We did quite well, considering I was a teenager.   With very limited showing, we finished several championship titles, including International champion titles and a few SBIS wins.

I started judging in 1993, and  am approved to judge FCI groups 4, 9 and 10 and have been honoured to judge in 19 different countries.
I have been a member of the organising teams of several Specialty, National and International shows, and I have also been president of the breeding committee for Poodles in Slovenia. My life has always been surrounded by dogs.  Besides Poodles I lived with Shih Tzus and Lhasa Apsos.  Currently I am showing just Poodles, but the latest addition to our show team is American Cocker boy.
ENTRIES CLOSE 22nd AUGUST 2016

THE POODLE CLUB OF VICTORIA INC. CHAMPIONSHIP SHOW
in conjunction with MELBOURNE ROYAL

To be held under the Rules and Regulations of the Victorian Canine Association Inc.  A copy of the Rules may be inspected at the office of the Secretary.

Entries together with cheque and Stamped Self Addressed envelope to be sent to the
Show Secretary: Ms Sandra Doreian, 12 The Boulevard.  Patterson Lakes, VIC 3197
After hours Tel: 03 9773 8393 (No calls after 9pm please)
​Email:sandradoreian4@bigpond.com

PLEASE NOTE:   Baby Puppy entry fee - except if only entry, then 1st Entry applies for both members and non-members

PLEASE ADVISE SHOW SECRETARY IF YOU ARE NOT
ENTERED IN THE ROYAL.  RAS BENCHING/ENTRY
REQUIREMENTS APPLY.  EXHIBITS MUST BE BENCHED
BY 9.00AM 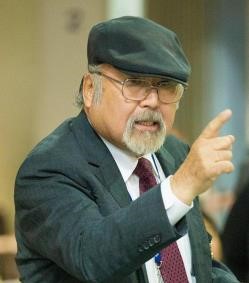 MR HIROSHI KAMISATO (Japan)
When Hiroshi entered University at 18 years of age his mother gave him permission to start breeding dogs, beginning a life-long involvement. He has bred and exhibited Cocker Spaniels (American), Great Danes, Scottish Terriers, Maltese, Italian Greyhounds and currently Japanese Chin.
Hiroshi has achieved JKC Champion titles with Cocker Spaniels bred in 7 different colours. In 1999, at celebrations marking the 50thanniversary of the founding of the JKC, he was honoured to receive the JKC Top Breeder Award.
In 1978, he qualified as a JKC judge of Cocker Spaniels (American) as his first breed and qualified as an FCI & JKC All-Breed judge in 1984. Since then he has judged at many top shows around the world, including many FCI World Dog Shows, the AKC Eukanuba National Championship Show, and Eukanuba World Challenge. He has judged at major shows in more than 30 different countries across Asia, Europe, South and North America, Oceania and continues to adjudicate in many countries world wide.Hiroshi has been a member of JKC executive since 1987. He served as a Secretary-General and Executive Director for 19 years until May 2006.  During that period, he also served as a member of the executive committee of the Asian section for the FCI.  He last judged in Sydney in 2011. 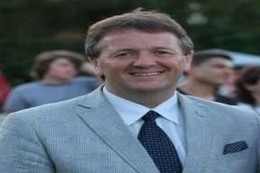 ​MR DENIS KUZELJ (Bulgaria)     Melbourne Royal Judge
Group 7b Non Sporting (less Shih Tzu) & Group 7 Specials
Denis Kuzelj entered into Canine Cynology in 1980, 35 years ago. His career started with exhibiting and breeding Old English Sheepdogs under prefix Apsala with his BIS winning dogs awarded many National and International titles at FCI shows.
Since 1989 he has been the organiser and Chairman of more than 100 International and National all breed shows in Slovenia and other European countries. For many years he has been treasurer of Slovenian Kennel Club and was a Board Member and President of Slovenian Kennel Club from 2004 – 2008.
Denis was also an official FCI supervisor and delegate at FCI European Dog show in Leuweerden in Netherlands in 2011 and European FCI Dog show in Bucharest in Romania 2012.