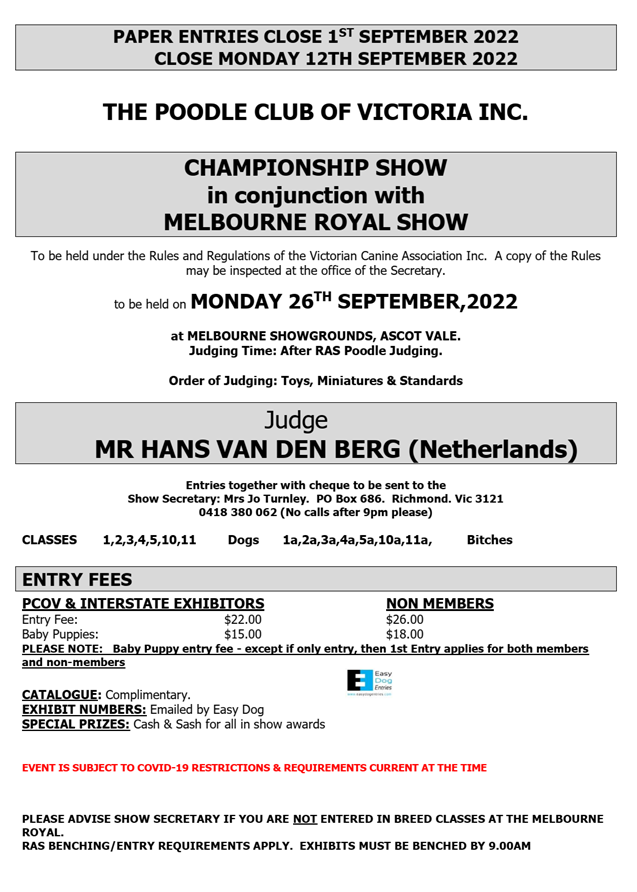 ​Hans van den Berg (Netherlands)
Hans started showing dogs when he was 16 years old. His first dog was a Welsh Terrier who never won a CC, but it proved to be the start of a lifelong love of dog showing, breeding and judging.
Hans has both bred and shown many Champions and winners in Scottish Terriers, Norfolk Terriers and Chihuahuas.
Hans’ judging career began in 1978, with him being appointed as an All Rounder by the Dutch Kennel Club in 2000. Hans was the first All Rounder in the Netherlands for some 30 years, a wonderful achievement, demonstrating passion and dedication.
Since 2000, Hans has travelled much of the world, officiating in many countries across six continents. His experience as a judge is immense, only overshadowed by his reputation as a fair, consistent and personable judge with the utmost respect for both dog and exhibitor – truly a wonderful reputation to have earned.
Hans has had the honour of being invited to judge at some of the world’s best events, including at least eight World Dog Shows. Testament to his respect as a judge, Hans has selected the Best in Show at a number of UK major shows, including Scottish Kennel Club, Belfast Dog Society, Darlington Kennel Club and the Birmingham National.
Hans van den Berg is a most respected and admired judge. He has been afforded the opportunity to judge some of the best dogs in the world across Europe, the UK, Asia and other regions.
Whilst he has judged in Australia on a number of occasions, it is some six years since his last visit to our shores and 12 years since he was in Victoria. Hans is absolutely delighted to be invited to the Melbourne Royal Show. The Melbourne Royal Dog Section Committee hope that Hans will enjoy the dogs, and are confident that exhibitors will enjoy their experience in Hans’ ring.